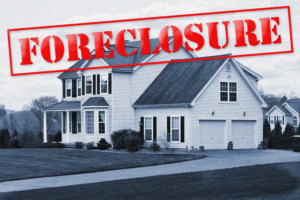 Conyers 138, LLC et al. v. ONH1, LLC, A17A0145, June 2, 2017, concerns the unique Georgia proceeding that allows foreclosures to be retroactively confirmed by petition in Superior Court. The purpose of a confirmation is to verify the property sold at foreclosure for the fair market value, thereby permitting the lender to sue the borrower to recover the difference between the loan amount and the amount at foreclosure. If the property sells for less than fair market value at the foreclosure, then the lender can’t pursue a deficiency claim against the borrower.

In Conyers 138, LLC, the lender’s appraiser testified the market value of the property was $2,510,000, but to arrive at the fair market value, he subtracted $765,000 for demolition because he contended the best use of the property was as raw, vacant land. The borrower argued that estimate of the demolition cost was inflated because the demolition company used a faulty methodology. The Court of Appeals rejected this argument, stating disputes such as which methodology to apply are factual disputes best evaluated and decided by the trial judge. “The trial judge is the judge of credibility of the witnesses and of the weights to be given to the evidence.” (citations and punctuation omitted).